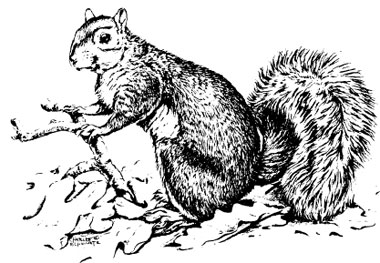 Bark stripping can occur for a variety of reasons. This page is dedicated to providing clues to help you identify and control the problem.

Here is a list of species that are known to strip tree bark.

Identifying the cause of the bark damage is fairly easy.

Beavers and rabbits can only strip bark as high as they can stand.

Black bear damage typically occurs in the Spring. Stripped bark will lay on the ground. Vertical tooth and claw marks may be noticed. Damage will mostly occur on at the 3-5 foot level of the tree, typically conifers 15-30 years old. Damage may be extensive, up to 70 trees in one day.

Field mice (including voles and deer mice) tend to strip bark during the harsh winter. Damage often takes place along the vertical portion of the trunk that lies beneath the snow.

Mountain beaver damage occurs low on the bole of smaller trees. Tooth marks will be horizontal. Claw marks will be irregular. Twigs often clipped quite high on the tree, leaving 2-inch stubs.

Porcupines rely on tree bark as an essential component of their diet. When they are around, trees, especially tender branches in the upper-most parts of the treee, will be substantially and quickly impacted.

Squirrels typically strip bark in late winter or during periods with low acorn or seed production by trees (Fig 2). Horizontal branches seem to be preferred, but have been known to strip the bark off of trunks too (Fig.3).

Chunks of the outermost bark will also be found on the ground (Fig 4). Squirrels are also noted for the amount of surface area stripped (Fig 5).

Why Do Squirrels Bark Strip?

No one really knows for sure. There are three theories bandied about.

Three species of trees have suffered damage. However, we suspect there are others. If you have other findings, please submit them to [1] so we can add them to our list. 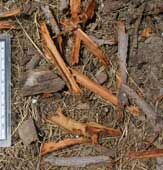 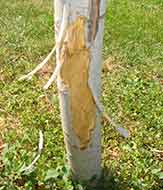 Figure 4. Sometimes fox squirrels will gnaw low on the trunk.

Figure 5. Another example of fox squirrel stripping on tree branches.