Why them? Why me? (Definition of “nuisance wildlife”)

Most wild animals just mind their own businesses and never cause a conflict with people. In fact, many people deeply enjoy their interactions with wildlife. This manual focuses on those wildlife species that are more likely to come into conflict with people. In the Northeast, this includes about three dozen species out of hundreds of species of mammals, birds, and reptiles.

When does a wild animal become a nuisance? Are certain species always nuisances while others never qualify? There’s no universal answer because people react differently to wildlife. Consider a huge population of Canada geese in a city park. Their droppings foul lawns and ball fields. Some people are concerned about catching diseases from the birds; others feel they’ve been deprived of the use of the park because it’s disgusting. One group may seek a strategy for controlling the goose population but another may be feeding the birds during lunch breaks. They enjoy this daily contact with nature and may react angrily to any attempt to remove the geese. Who decides what to do?

In New York, landowners have the right to decide whether or not a particular animal is a nuisance, although for some species, the law does set standards. If public health or safety is threatened, a public official may also act. That’s the law. But it doesn’t mean that if someone has (in your humble opinion) overreacted, you can’t talk to them and try to help them see the situation in a different way. We hope you will.

For most people, “nuisance wildlife” means an animal is destructive or menacing. The animal may be damaging property such as buildings, crops, pets, livestock, gardens, or public parks. Wildlife may threaten human health or safety by spreading diseases; through direct attacks; or accidentally, because of collisions with cars, airplanes, or trains.

According to a 2001 report by the U.S. General Accounting Office, collisions between deer and cars cause over $1 billion of damage each year. Worldwide, another billion is lost each year due to birds colliding with airplanes. Beavers, woodchucks, squirrels, and other species cause additional millions of dollars of damage to roads, bridges, dams, and electrical utilities. Estimates for the damage to U.S. agriculture range from $600 million to over $1 billion annually, with over half of all farmers and ranchers experiencing some type of wildlife-related damage each year. (From “Wildlife Services Program, Information on Activities to Manage Wildlife Damage,” GAO-02-138.)

Some nuisance species may even threaten the survival of other wildlife, or destroy their habitats. That’s a significant concern in areas with endangered or threatened species. One of the most dramatic examples of this happened in Guam, when the brown tree snake was accidentally introduced onto the island. Studies proved that this snake eliminated ten of the island’s thirteen bird species, half of its lizard species, and two of three bat species, according to The Nature Conservancy. (It has also killed many pets and bitten children.) Here in New York, researchers worry about raccoons and gulls preying on the eggs of the endangered piping plover. A disease spread by raccoons is believed to be one of the reasons why we lost all of the Allegheny wood rats in the state. Are some of our rare wildflowers disappearing because there are so many white-tailed deer eating them?

Often, species are not viewed as pests in their normal habitats but may clash with people when they enter our world. How many people worry about a skunk in the woods? Yet a skunk under the porch is an entirely different matter.

NWCOs solve mysteries. Sometimes the problem is obvious, such as the raccoon in the bedroom. The nest in the attic fan poses a fire hazard (blades can’t move so motor overheats), but there are also young squirrels in the nest. See the mothballs in the damaged gutter? That’s a clue to a failed control attempt. Investigation is the first step in the best practices approach. 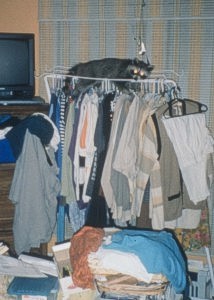 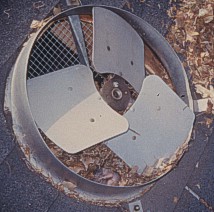 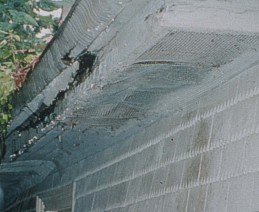 Many wildlife conflicts can be explained with two words: food and shelter. Provide them intentionally or accidentally, and some wild animal will probably accept the invitation. Surprised? As human development spreads, wildlife conflicts happen more frequently. The competition for natural sources of food and shelter increases, enticing some animals to seek their living in our world. At the same time, some species adapt to these new opportunities so well that their populations rise dramatically, further increasing the chance of a conflict with people.

Hunting and trapping may help reduce wildlife populations and alleviate some of these problems. However, if the damage is caused by species that aren’t normally harvested, such as red squirrels, or if the problem’s in an urban area, or if it’s happening outside of the regular harvest season, other control methods will be necessary. That’s where NWCOs fit in.

Next Section Setting a trap does not make you a trapper

Needs of People and wildlife

This manual was written as a guide to train nuisance wildlife control operators in New York State. Laws and regulations may differ in your state. Always consult local and state laws before implementing wildlife damage management activities.

We thank the New York State Department of Environmental Conservation for contributing this information.