The nutria (Myocastor coypus, Fig. 1) is a large, dark-colored, semi-aquatic rodent that is native to southern South America. At first glance, a casual observer may misidentify a nutria as either a beaver (Castor canadensis) or a muskrat (Ondatra zibethicus), especially when it is swimming. This superficial resemblance ends when a more detailed study of the animal is made. Other names used for the nutria include coypu, nutria-rat, South American beaver, Argentine beaver, and swamp beaver.

Nutria are members of the family Myocastoridae. They have short legs and a robust, highly arched body that is approximately 24 inches (61 cm) long. Their round tail is from 13 to16 inches (33 to 41 cm) long and scantily haired. Males are slightly larger than females; the average weight for each is about 12 pounds (5.4 kg). Males and females may grow to 20 pounds (9.1 kg) and 18 pounds (8.2 kg), respectively.

The dense grayish underfur is overlaid by long, glossy guard hairs that vary in color from dark brown to yellowish brown. The forepaws have four well-developed and clawed toes and one vestigial toe. Four of the five clawed toes on the hind foot are interconnected by webbing; the fifth outer toe is free. The hind legs are much larger than the forelegs. When moving on land, a nutria may drag its chest and appear to hunch its back. Like beavers, nutria have large incisors that are yellow-orange to orange-red on their outer surfaces.

In addition to having webbed hind feet, nutria have several other adaptations to a semi-aquatic life. The eyes, ears, and nostrils of nutria are set high on their heads. Additionally, the nostrils and mouth have valves that seal out water while swimming, diving, or feeding underwater. The mammae or teats of the female are located high on the sides, which allows the young to suckle while in the water. When pursued, nutria can swim long distances under water and see well enough to evade capture.

In the wild, most nutria probably live less than 3 years; captive animals, however, may live 15 to 20 years. Predation, disease and parasitism, water level fluctuations, habitat quality, highway traffic, and weather extremes affect mortality. Annual mortality of nutria is between 60% and 80%.

In summer, nutria live on the ground in dense vegetation, but at other times of the year they use burrows. Burrows may be those abandoned by other animals such as armadillos (Dasypus novemcinctus), beavers, and muskrats, or they may be dug by nutria. Underground burrows are used by individuals or multigenerational family groups.

Burrow entrances are usually located in the vegetated banks of natural and human-made waterways, especially those having a slope greater than 45 degrees. Burrows range from a simple, short tunnel with one entrance to complex systems with several tunnels and entrances at different levels. Tunnels are usually 4 to 6 feet (1.2 to 1.8 m) long; however, lengths of up to 150 feet (46 m) have been recorded. Compartments within the tunnel system are used for resting, feeding, escape from predators and the weather, and other activities. These vary in size, from small ledges that are only 1 foot (0.3 m) across, to large family chambers that measure 3 feet (0.9 m) across. The floors of these chambers are above the water line and may be covered with plant debris discarded during feeding and shaped into crude nests.

In addition to using land nests and burrows, nutria often build flattened circular platforms of vegetation in shallow water. Constructed of coarse emergent vegetation, these platforms are used for feeding, loafing, grooming, birthing, and escape, and are often misidentified as muskrat houses. Initially, platforms may be relatively low and inconspicuous; however, as vegetation accumulates, some may attain a height of 3 feet (0.9 m).

Nutria breed in all seasons throughout most of their range, and sexually active individuals are present every month of the year. Reproductive peaks occur in late winter, early summer, and mid-autumn, and may be regulated by prevailing weather conditions.

Under optimal conditions, nutria reach sexual maturity at 4 months of age. Female nutria are polyestrous, and nonpregnant females cycle into estrus (“heat”) every 2 to 4 weeks. Estrous is maintained for 1 to 4 days in most females. Sexually mature males can breed at any time because sperm is produced throughout the year.

The gestation period for nutria ranges from 130 to 132 days. A postpartum estrus occurs within 48 hours after birth and most females probably breed again during that time.

Litters average 4 to 5 young, with a range of 1 to 13. Litter sizes are generally smaller during winter, in suboptimal habitats, and for young females. Females often abort or assimilate embryos in response to adverse environmental conditions.

Young are precocial and are born fully furred and active. They weigh approximately 8 ounces (227 g) at birth and can swim and eat vegetation shortly thereafter. Young normally suckle for 7 to 8 weeks until they are weaned.

Nutria tend to be crepuscular and nocturnal, with the start and end of activity periods coinciding with sunset and sunrise, respectively. Peak activity occurs near midnight. When food is abundant, nutria rest and groom during the day and feed at night. When food is limited, daytime feeding increases, especially in wetlands free from frequent disturbance.

Nutria generally occupy a small area throughout their lives. In Louisiana, the home range of nutria is about 32 acres (13 ha). Daily cruising distances for most nutria are less than 600 feet (183 m), although some individuals may travel much farther. Nutria move most in winter, due to an increased demand for food. Adults usually move farther than young. Seasonal migrations of nutria may also occur. Nutria living in some agricultural areas move in from marshes and swamps when crops are planted and leave after the crops are harvested.

Nutria have relatively poor eyesight and sense danger primarily by hearing. They occasionally test the air for scent. Although they appear to be clumsy on land, they can move with surprising speed when disturbed. When frightened, nutria head for the nearest water, dive in with a splash, and either swim underwater to protective cover or stay submerged near the bottom for several minutes. When cornered or captured, nutria are aggressive and can inflict serious injury to pets and humans by biting and scratching.

The original range of nutria was south of the equator in temperate South America. This species has been introduced into other areas, primarily for fur farming, and feral populations can now be found in North America, Europe, the Soviet Union, the Middle East, Africa, and Japan. M. c. bonariensis was the primary subspecies of nutria introduced into the United States.

Fur ranchers, hoping to exploit new markets, imported nutria into California, Washington, Oregon, Michigan, New Mexico, Louisiana, Ohio, and Utah between 1899 and 1940. Many of the nutria from these ranches were freed into the wild when the businesses failed in the late 1940s. State and federal agencies and individuals translocated nutria into Alabama, Arkansas, Georgia, Kentucky, Maryland, Mississippi, Oklahoma, Louisiana, and Texas, with the intent that nutria would control undesirable vegetation and enhance trapping opportunities. Nutria were also sold as “weed cutters” to an ignorant public throughout the Southeast. A hurricane in the late 1940s aided dispersal by scattering nutria over wide areas of coastal southwest Louisiana and southeast Texas. 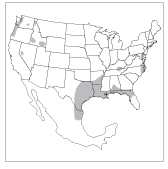 Figure 2. Range of the nutria introduced in North America.

Accidental and intentional releases have led to the establishment of widespread and localized populations of nutria in various wetlands throughout the United States. Feral animals have been reported in at least 40 states and three Canadian provinces in North America since their introduction. About one-third of these states still have viable populations that are stable or increasing in number. Some of the populations are economically important to the fur industry. Adverse climatic conditions, particularly extreme cold, are probably the main factors limiting range expansion of nutria in North America. Nutria populations in the United States are most dense along the Gulf Coast of Louisiana and Texas (Fig. 2).

Nutria adapt to a wide variety of environmental conditions and persist in areas previously claimed to be unsuitable. In the United States, farm ponds and other freshwater impoundments, drainage canals with spoil banks, rivers and bayous, freshwater and brackish marshes, swamps, and combinations of various wetland types can provide a home to nutria. Nutria habitat, in general, is the semi-aquatic environment that occurs at the boundary between land and permanent water. This zone usually has an abundance of emergent aquatic vegetation, small trees, and/or shrubs and may be interspersed with small clumps and hillocks of high ground. In the United States, all significant nutria populations are in coastal areas, and freshwater marshes are the preferred habitat.

Nutria are almost entirely herbivorous and eat animal material (mostly insects) incidentally, when they feed on plants. Freshwater mussels and crustaceans are occasionally eaten in some parts of their range. Nutria are opportunistic feeders and eat approximately 25% of their body weight daily. They prefer several small meals to one large meal.

Because of their dexterous forepaws, nutria can excavate soil and handle very small food items. Food is eaten in the water; on feeding platforms constructed from cut vegetation; at floating stations supported by logs, decaying mats of vegetation, or other debris; in shallow water; or on land. In some areas, the tops of muskrat houses and beaver lodges may also be used as feeding platforms.